McIntosh SEED’s rural community development work begins with engagement, education and empowerment of community members. When scaffolded with opportunities for economic development that is locally-owned and locally controlled, along with infrastructure improvements, communities are becoming more resilient and self-sustaining.

McIntosh County is located in the far southeastern corner of Georgia, at the edge of the coast. A rural community, it is an incredibly rich and diverse ecological treasure, so designated by The Nature Conservancy as one of the 75 “Last Great Places” in the world.   It is also one of the poorest counties in the state of Georgia.

The existence of long standing poverty, oppressive social and political dynamics and the decline of the Shrimping Industry (which families and local businesses relied on to escape the cycle of poverty) led to a group of concern citizens coming together to form what is now McIntosh Sustainable Environment and Economic Development (S.E.E.D.)

In 1998 approximately 150 community members were organized and met at Elm Grove Community Church.  This meeting was unprecedented because it was the very first time, in the 250 year history of McIntosh County, that whites and blacks sat down at the same table to discuss common concerns around issues of education, jobs, housing, the environment, and the traditional power structure of the county.

The ensuing problems of environmental degradation, exclusion from economic decision making for most community members, the high rate of unemployment and underemployment, a distrust and lack of faith in the traditional governmental structure and overall political process, and the potential for environmental encroachment from construction development were the challenges and issues that this newly formed community group would need to address.

Over 20 years later, McIntosh S.E.E.D. continues to operate on the values established at that first community gathering.  Decision making starts at the community level with a reliance on principles of inclusion and equality.  The organization continues to work across the artificially constructed lines of race and class, continually supporting empowerment and confidence building among oppressed populations. 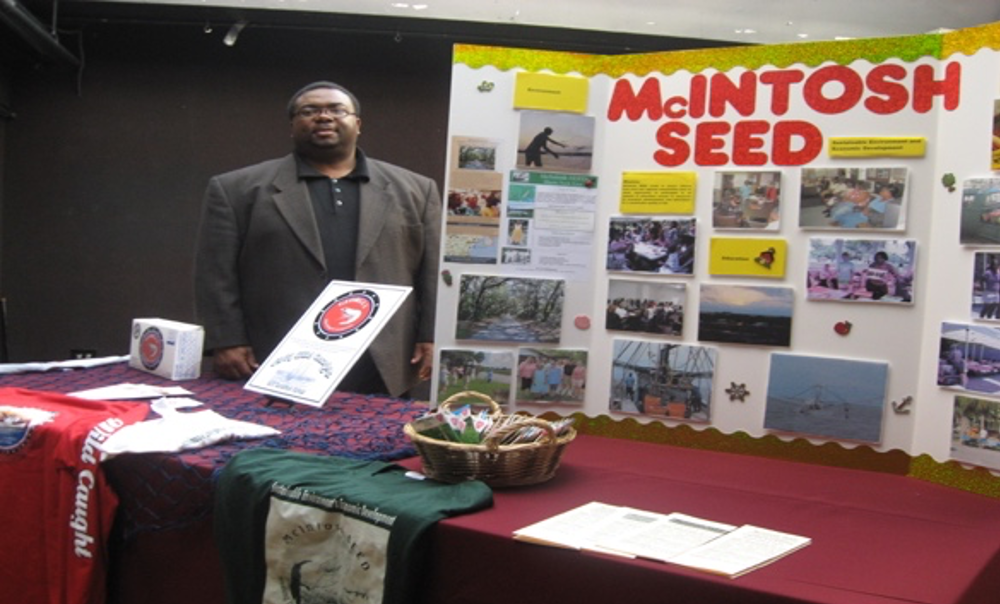